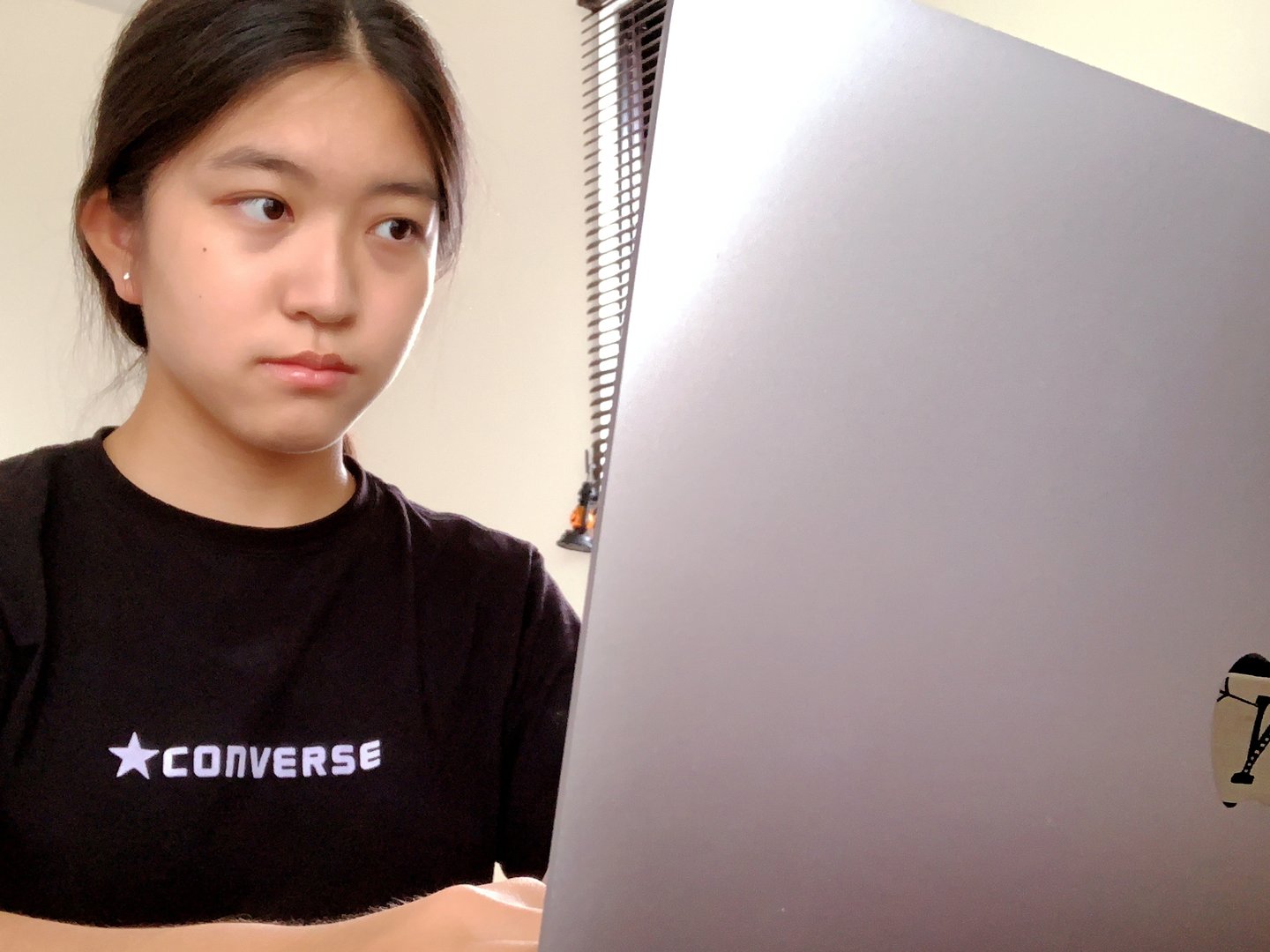 Maki did her homework. As a Gr. 9 student in Shanghai she knew she was heading for NIS for the 20-21 school year. What would Gr.10 at Nagoya International School be like? She did her research and learned about the IB (International Baccalaureate) curriculum. And soon after school started in August, she discovered that she and her classmates would be going on a long journey - devising, creating, reporting, and reflecting on a personal project. As a part of the IB MYP (Middle Years Program), the Personal Project is a rite of passage for all Gr. 10 students. At the start of preparation, she considered her interests and passions and decided she could build her project around her love of Informatics and coding. She decided she wanted to create something to help beginners learn how to code.

As one of the first steps, she started to find organizations and opportunities to learn more about informatics and coding in Japan. Her research led her to discover JOI (Japan Olympiad for Informatics) and its activities and competitions. She realized that there was a special competition to support young women interested in Informatics and found her opportunity to challenge herself! She joined the first-ever JOIG (Japan Olympiad in Informatics for Girls) competition in April, and to the surprise of no one but herself, she ended up the top scorer. In June, she’ll be heading to the EGOI (European Girls’ Olympiad in Informatics) with the other students who rounded out the top four in the JOIG. The event is hosted in Zurich, Switzerland, though Maki and her Japanese competitors will compete from Tokyo. This is also the first-ever EGOI and a direct result of a desire to get more young women involved in Computer Sciences - which has been a persistent problem. According to the EGOI website, there has been a consistent lack of female participants (less than 10%) at the International Olympiad in Informatics over the years since it was started.

Maki learned a lot from her Grandpa. As a young child, she would help him with his hobby of building model ships. Maki learned a lot about devoting yourself to your interest, precision in your craft, and persistence to get it right. From there, she was fortunate to have an opportunity to learn the coding language ‘Scratch’ at school when she was just a primary student. Her teacher recognized her as someone who had a natural talent and encouraged her to pursue coding. Talent aside, taking the lessons she learned from her Grandpa, Maki basically continued learning independently through books and hours and hours of practice, honing her skills enough to consider joining a competition.

At NIS, she explained that the world of coding is still a boys’ club, but one in which she can hold her own. She hopes she can inspire other girls to explore their interests in Informatics and not be intimidated. Maki is the perfect role model for other young women. In fact, as her MYP Personal Project took shape, Maki found herself teaching young women in middle school. Her students were learning remotely from China, and though it was open to everyone, she found that her students were mainly girls!

The Future is Bright and Smells Good, Too!

Since winning the JOIG in April, Maki has been interviewed by the Nikkei (only the world's largest financial newspaper!) and also attended an awards ceremony in Tokyo. But these will inevitably be the first of the many exciting opportunities and accolades to come her way. She hopes to pursue her passion in Informatics as a future career. She chose all the upper-level maths and sciences for her DP program starting in her 11th year, and is interested in becoming an engineer. But that is not all! Her other future goal is to become a Perfumer! No doubt, if it is her passion, Maki will put Grandpa’s lessons and her grit and determination to work and make her dreams come true. We can’t wait to see what becomes of this rising star!

The Nagoya Action Heroes is a service action group at Nagoya International School, inspired and...

As an IB World School, one of the driving beliefs at NIS is that students, as learners, should be...

How Do I Choose an International School for My Child? | NIS

Choosing an international school for your children is one of the most important decisions you make...