Hanford and Hiroshima: Moving from Calculations to Understanding in Physics 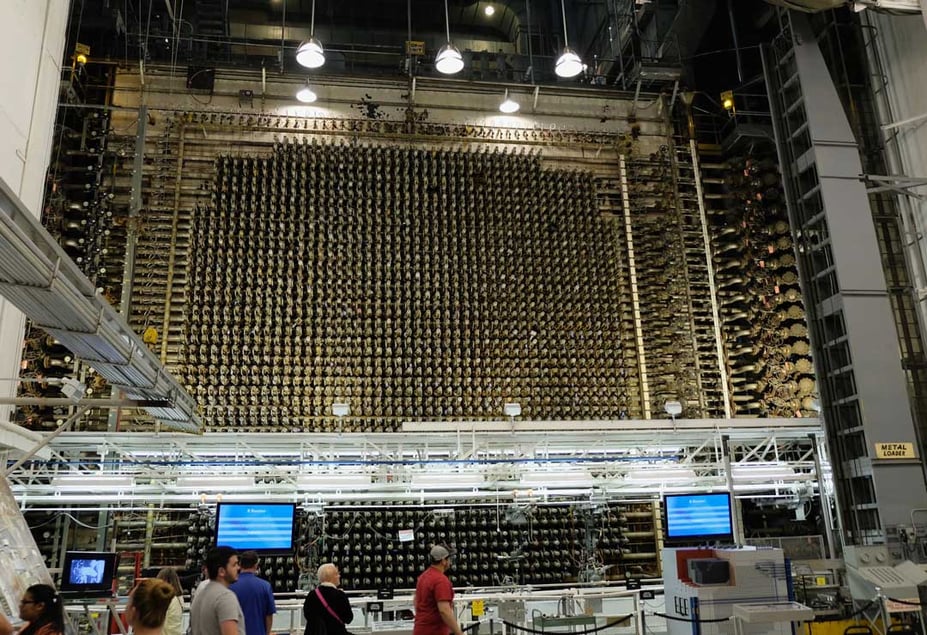 Two Ends of the Story

I was in awe of the space and tremendous size of the device, but at the same time, my mind went back to Hiroshima in 2009. I remembered looking closely at the diorama showing a red sphere where the bomb detonated above the city. Later I went outside and looked up into the air where it happened. These two places - Hanford and Hiroshima - are two ends of the story of the first nuclear weapon.

As I looked at the giant graphite reactor, I finally got to the ‘beginning’ of the story after seeing the tragic end of the story nine years prior.

Relating it to the Classroom

Every winter, I teach the unit on nuclear physics in my year 12 IB Physics classes. Out of all of the material we cover within the IB Physics program, this is one of the more abstract and mathematically-driven topics students are required to learn. Knowing the content of the IB syllabus, I know that it is possible to complete nearly all of the questions on the IB exam about nuclear physics with only a numerical understanding. Stick to the equations, and make the required calculations. This boils down the understanding of physics to simply a set of rote actions. An IB physics student can work out the extent to which a nuclear fission reaction outpaces any conventional chemical reaction in terms of energy released per kilogram, the same as you can calculate the total price of your groceries. This calculation uses the famous formula that people know but often do not truly understand: E = Δm c2 . Students become accustomed to words and calculations on the page - they are tools we get to use to solve specific problems. 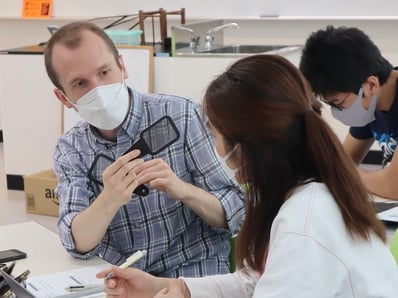 For me, though, the inspirational purpose of physics is to give us new eyes to see how and why the world is the way it is. When I teach my students about nuclear physics, I take particular care to step them beyond their calculations. I emphasize that as soon as we have understood the concepts of mass defect and released binding energy, we effectively have told the world how to make a nuclear weapon. Einstein’s famous equation is more than just something to quote to sound like you know something, the knowledge itself caused a massive change in the world, with an enormous final impact. Knowledge is not just a tool but something that can change the world by just being revealed.

Each year I share my experience of visiting both Hanford and Hiroshima, and the photos that I took of the reactor with my students. I visited Hanford as a part of the International Physics and Astronomy Educator Program (IPA). There I was able to visit the decommissioned nuclear reactor at the Hanford site, as a side trip while visiting LIGO (the Laser Interferometer Gravitational-wave Observatory).

Just an Ocean Between

The earth-shattering implications of nuclear physics resulted in a massive engineering project, creating the first nuclear reactor to produce the fissile material of the first bomb. Such a device had never been made on the planet before. It was 11 meters tall and 8.5 meters across, and its sole job was to react uranium to produce plutonium for use in a nuclear weapon. Its construction and its associated facilities caused the city of Hanford to grow from a population of less than 1,000 in 1943 to over 44,000 at its peak in 1944.

On this side of the world, the final results of that work would fall on Hiroshima and Nagasaki with horrific consequences. I was able to stand below the hypocenter in Hiroshima and look at where the explosion happened back when I first came to Japan as a student. Hanford and Hiroshima are forever linked in this way, and both are places where you can stand with your own two feet and see with your own two eyes. The impact of knowledge on the world is absolutely real and can be enormous.

I share these experiences with my students to help them understand that knowledge can have tremendous consequences and that everything in this world is connected. As we learn about how the world works, we must anticipate the unforeseeable. This is true of any inquiry - when we ask questions, we must be prepared to respond to the impacts of the answers we find. When we restrict ourselves to thinking just about ‘problems to solve’ or ‘tests to pass,’ we can lose track of the fact that knowledge is truly powerful. I hope to instill some of that understanding in my students each year, through this story and through learning physics, so they can be considerate, deep-thinking individuals.

I encourage you to read more about the stories of those affected by the use and construction of atomic weapons. It is a complex, amazing, and tragic story that I can only briefly summarize in a blog post. But it is an important one to share with my students and with the wider NIS community. 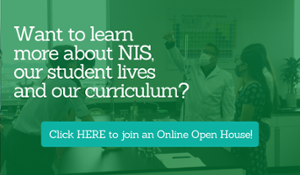 NIS is fortunate to have several IB consultants, evaluators, and curriculum developers on staff at...

Designing for the Real World

Grade 9 students were lucky enough this year to be able to work as designers for a real client...

Mr. Gildart is a student favorite! His passion for teaching stretches beyond the classroom, and he...